Hey everyone, sorry I haven't posted much but I have been super busy with final year assignments. I am finishing university in a month which is crazy so I'm working hard but I just had to review Beyoncé's new album that dropped yesterday (or was it today? I can't get my head around the time zones, sorry!)
So let's get into it! 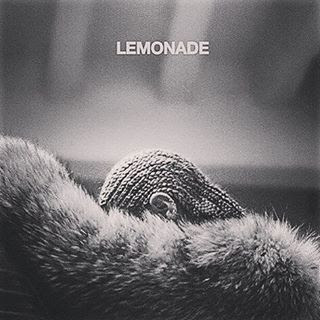 So Beyoncé has finally blessed us with a new album after three years.

The album, titled Lemonade, came a surprise. It was released onto Tidal right after the airing of her new HBO film of the same name. The film was an hour long and served as a visual companion to the album, telling us the story of a woman's heartbreak over a romantic betrayal with Queen B narrating throughout.

Throughout the film, there were clips of Beyoncé performing the new songs with themes of rage, heartbreak and forgiveness. Each stage of the betrayal was shown throughout, labelled: intuition, denial, anger, apathy, loss, reformation, forgiveness, resurrection, hope and redemption.

Lemonade has 12 songs, including the empowering Formation which Beyoncé debuted at the Super Bowel halftime show with Coldplay and Bruno Mars.

This album is definitely one of her best and it came as a shock to me that it seems like Jay-Z cheated on Beyoncé, if not a few times? I mean, man, you have Beyoncé, what more could you want!? I was surprised to learn that she forgave him considering she's made a song similar to this experience.. Irreplaceable, anyone???

Anyway, Sorry and Sandcastles are definitely my favourites so far. Sorry is a great unapologetic I-don't-need-you anthem and the beat is just fantastic and it also had Serena Williams featuring in it, twerking and showing what she's got! Sandcastles is stunning because it is completely stripped of all the technology and beats. It's just Beyoncé and a piano, her voice is just unbelievable and blows me away every time.

The film itself was a work of art. However, I'll be honest and say that some parts were better than others. I didn't enjoy every song, perhaps I need to listen to them more for me to like them. Some parts I did not understand at all but overall the concept of the film was clear to me and was beautifully done.

At one point, Beyoncé spoke/sang about the troubles black women have and what black people go through in general. The mothers of Trayvon Martin, Michael Brown and Eric Garner also starred in the film, holding up photos of their beloved sons whose lives were taken away so unnecessarily. That part definitely broke my heart for sure. Other well known faces pop up throughout the film.. Zendaya, Serena Williams, Jay-Z and little Blue Ivy just to name a few.

This film and album was unique and thought-provoking. It is definitely something new and refreshing from Beyoncé even it is about Jay-Z's infidelity and her heartbreak. I feel like her style of music has definitely changed but she is still way ahead of the game by bringing attention to the problems black people face and being honest that her marriage isn't 100% perfect. She is still showing everyone why she is the Queen and her creativity is just a testament to how hard she works to bring us something new and awe-inspiring.